Finding the perfect formula to grow your landscaping business is tricky, but using powerful landscaping promotion ideas like these will help.

As of this writing, the entire country is experiencing a labor shortage—not because there’s not enough workers, but rather there’s not enough people interested in working after receiving massive government subsidies and unemployment in response to COVID-19.

Which leads to the next problem: Inflation.

From August 2020 to August 2021, the CPI shows, as a percentage across all categories, a 5.3% increase—more than twice the target inflation figure of around 2%.

The good news is that you’re pursuing an industry that has boasted an annualized market growth of 5.3% from 2016 to 2011, according to the IBIS World Landscaping Services Industry Report.

The caveat, however is that with increased supply comes increased competition over pricing.  Depending on where your providing your services, you will experience more or less pressure to find that one key competitive advantage that will separate yourself from the rest.

The easy answer is to compete on price—but 9 times out of 10 that’s the wrong answer.  When it comes to marketing for landscaping companies, the best competitive edge you can have is your offer.

That’s why we’ve written this article on the 5 winning landscaping promotion ideas. Enjoy.

Three free mowings. Remember how much we like the word free? Thanks to the internet, really everything is free. All the information you need is already out there.

You might be thinking, “You’re saying I should start working for free? Do you realize how much money I’ll lose?” Alright, cool it.

If you’re already thinking this is ridiculous, I’ll prove you wrong. Get this: 3 free mowings is essentially giving 10% off. Assuming you average 30 cuts per season, at $30 each, you’ll rake in about $900 in revenue per customer.

I know $30 is below market rate but I’m using it for illustrative purposes.

We live in a world of free and instant. Telling someone you’ll give them 10% off will not incentivize them, but this likely will.

I read a blog post online one time that explained the logic behind this, and noticed that it was such a compelling offer and had drawn such a high amount of web traffic from other landscaping companies, that it’s not hard to find other companies, take advantage of it.

This promo works well because a lot of people have problematic lawns and are looking for quick solutions. They’ve probably tried several different kinds of treatments but haven’t seen the results they’re looking for.

What this promo does is it gets those people who are frustrated to opt into a solution that they know is affordable and one that comes directly from the professionals.

After the customer has failed a certain number of times, they lose confidence in themselves to solve the problem at hand.

That’s when the perceived value of a professional goes way up as they seem to have the midas touch—the ability to solve a problem that, at this point, seems impossible.

You can also add conditions to this offer like Weedman did in order to increase your customer’s order value or lifetime value.

How do we know this landscaping promotion idea is working? They have some surprising social proof, including 300 Google reviews, an average rating of 4.5 stars and other accolades from Entrepreneur and Lawn & Landscape.

Sign up today and get 50% Off Your First Service

I like to think that if you’re going to offer a percentage discount, make it at least 50% off. Anything less than 50% off isn’t compelling enough in a world of free, buy one get one free, or half off. The barrier to entry is low—low enough to get a new customer to say, “Sure, I’ll try it out. Why not?

At least I’ll save half my money in the worst case scenario.”

It’s funny that people always jump to the worst case scenario. Maybe it’s because of the movies we watch, experiences of getting burned in the past, or something else entirely.

Thinking in terms of normal commerce or ecommerce deals makes a lot of sense psychologically, since retail spending accounts for about 70% of the U.S. economy. Our minds are wired to think in terms of retail sales.

If we’ll buy a t-shirt for 50% off in a heartbeat because “it’s a steal,” and we’re in-market for lawn care services, why wouldn’t that same perspective and excitement transfer over?

A lot of times, we overcomplicate things by saying, “It won’t work—it’s a different market entirely.”

Instead of trying to convince ourselves of why something won’t work, why don’t we instead consider that the world is made up of patterns and that humans are more or less all the same?

This ad is clear and simple, giving you only the information you need, so that you don’t get distracted or confused.

Having a combination of a winning landscaping promotion idea that the prospect perceives as a “steal” along with adequate social proof (in this case 6 photos, 2,400 reviews, 4 stars, and a list of well-known affiliations) will allow you to win more customers who will win more customers for you based on their experiences.

It’s all about getting new customers in the door with ease. The rest is left to your expert fulfillment.

This idea came from one offer a landscape company was doing including a $50 bonus.   But $50? Really? The value of a recommendation is more valuable than the money from the job itself. Getting someone to successfully bring you new customers is worth its weight in gold.

The referrer spreads the message, showing that they are crazy about your company in a world of average. They become more aligned with you and attract people that they trust. This likely increases their lifetime value (LTV) to you.

Through spreading the message, they are generating awareness for you for free. That alone could be worth a few hundred dollars spent on advertising. Then you get any new customers they successfully refer.

They might be frustrated with their current provider. They might be looking for their first. Either way, you now have a new customer who will use you more than once (most likely) and may even refer someone else given the nice incentive of $200.

You can even increase this number more if you determine that the average value a customer is worth to you, over the lifetime of service, is greater than $200. Which it probably is. So go big or go home!

Prepay for the year and save 10%

I like this one and I’ve seen data indicating it’s a big hit with other companies. Think about it. You have a loyal customer who comes back year after year. That customer deserves some additional perks for being loyal to you.

Similar to example 1, the value of 30 mowings during the year could be $900 at $30/yard. I realize this number is low with prices increasing and you should really be charging more.

You do the math for them and it works out that they will effectively get 3 free mowings or save $90+, whichever appeals to them most. That’s a nice incentive! But pre-paying doesn’t only benefit them by saving money—it benefits you!

This gives you a huge added benefit of using the cash collected upfront to reinvest in advertising this offer or another offer and generating even more business. Always look for ways to leverage money to make more money.

In this article we talked about 5 landscaping promotion ideas you can try out to generate more excitement for your company. These can be the unique selling points you use to distinguish yourself from the fierce competition, especially as that competition grows.

Have you had success with any other landscaping promotion ideas we didn’t mention? We’d love to hear them.

For other information and resources on marketing your landscape business online, check out our article on the 5 steps to a profitable landscaping company.

Whenever you’re ready, we would love to help craft a digital marketing solution for your business. Not utilizing the right landscaping promotion ideas may be leaving heaps of money on the table for your business, but in reality we don’t know until we get a time to talk with you.

We have a list of more than 20 other things that may be just as important to implement right now.

Just simply apply now to schedule a strategy session and we’ll nail down a strategy according to your business goals. 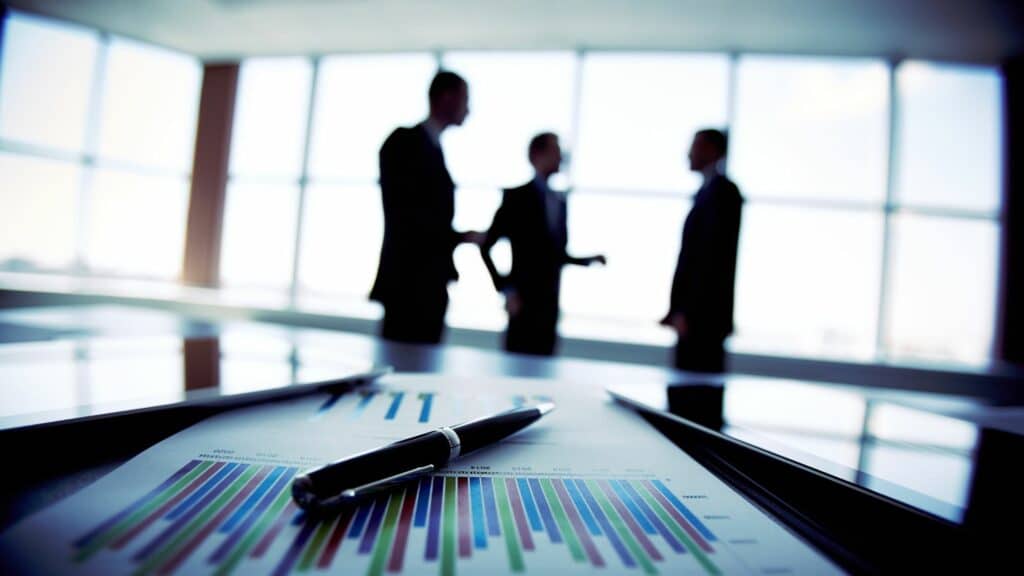 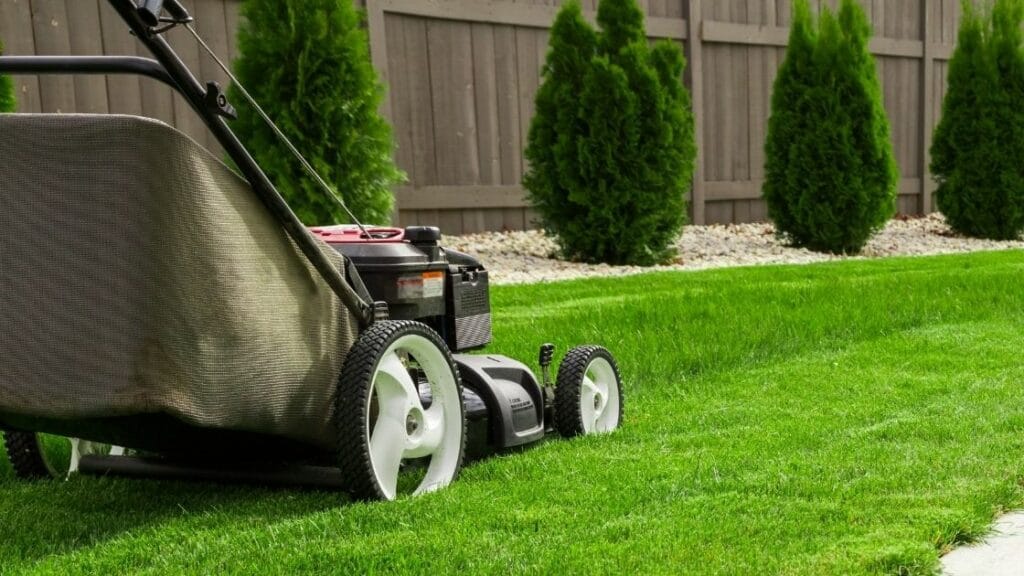